Here is a selection of the land purchase and development projects carried out by us.
Home » Case Studies

This is a photograph of a small development of two bungalows built in a North Oxfordshire village.

The site was originally garden land and was purchased from several different house owners and consolidated into a building plot with room for two large bungalows.

The land was purchased outright, and planning permission sought for the site, which took approximately eighteen months as we had to rework the scheme several times to comply with the local District Council’s request to provide a design that satisfied their concerns regarding overlooking.

Development finance was obtained from the open market.

The building project was project managed by our lead architect and led by us using a local builder.

Both the bungalows were sold off plan, one to a retired couple and the other to a gentleman who wanted to downsize from his existing large detached house to a more manageable home. 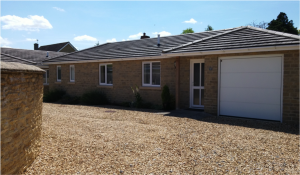 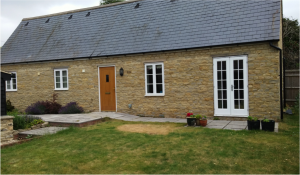 This is a photograph of a single new build dwelling built in a North Oxfordshire village.

The site was originally garden land and was purchased from a single house owner.

The land was purchased outright, and planning permission sought for the site, which took approximately six months.

The design includes a separate Cotswold stone and timber clad garage, which blends in seamlessly with the properties within the curtilage of the new dwelling.

The building plot was sold to a local builder who financed the project, and managed the project himself in conjunction with help from our architect.

The dwelling, a two storey, two-bedroom Cotswold stone cottage, was initially let and then later sold to its current inhabitants, who lived locally and wanted to downsize from their existing property.

This is a property development project undertaken by us to totally renovate a Grade II Listed Cottage in the village of Kidlington in Oxfordshire.

The Cottage was built in 1728 and had been occupied by an elderly couple who had allowed it to dilapidate to the point whereby it was no longer either safe or fit for human habitation.

The work required was extensive as the upper floor was structurally unsound, both staircases were rotten, there was no inside toilet or bathroom, the fireplace and chimney were unsafe, and all the windows needed replacing.

The project took two years from start to finish, primarily because we had to apply for listed building consent to carry out the majority of the work, all done using authentic materials.

The cottage is now fully restored, and modern amenities such as a fully fitted kitchen and bathroom have been fitted in a way that does not detract from the originality of the property. 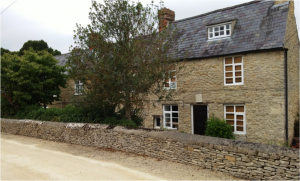 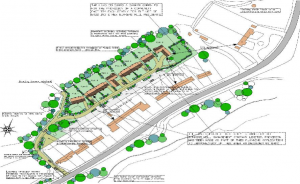 The plan to the left is for a medium size development of eight substantial dwellings in a hamlet close to the town of Woodstock in Oxfordshire.

The site was originally a social club, complete with a 100 seater timer-frame clubhouse, a large car park, and a defunct bowling green with outbuildings and changing rooms.

This project has been extremely complex for a number of reasons, and has taken two years to get to the point where planning permission has been granted.

Whilst the local Council acknowledged that the site was previously developed brownfield land, because the hamlet only consisted of 24 houses it was considered to be in an unsustainable location by the Planning Department. We partnered with the local community to offer considerable improvements to the infrastructure including new water and sewerage facilities, a community building, improved access, and a new road for both the existing and new houses. These amenity improvements were judged to outweigh the sustainability issues.